Where is Your Rising Sign's Ruler? 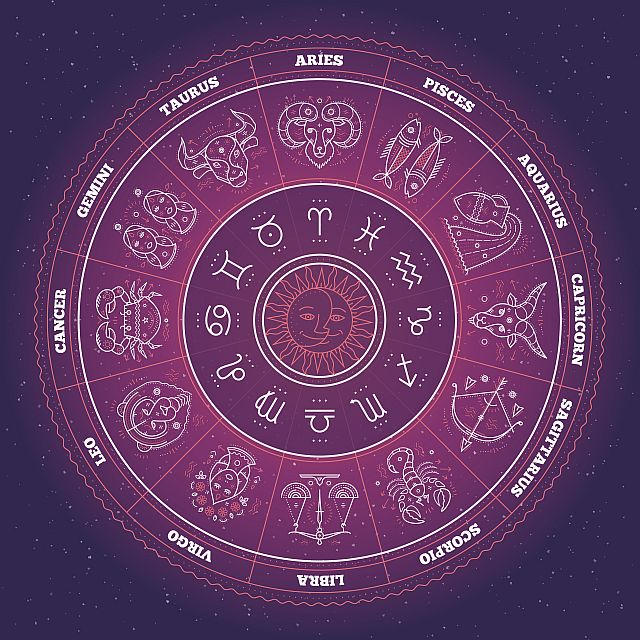 Prior blog posts in this series:
August
July
June

So, for September, we’re going to take a look at the ruler of the rising sign’s planet and its placement. Actually, if you have your own chart wheel- this is a fantastic time to go ahead and pull it out so you can follow along. If you don’t, well, you can pop right on over here and get it lightning fast.

So, you know that the sign on the house cusp is going to determine what part of a person’s life the key elements of that particular sign are going to show up. Of course, you’re gonna find that those issues or strengths tend to play out in other areas as well because the ruler will be hanging out in another house, usually.

I also mentioned before that we tie everything together: but with the houses, this gets kind of entwined further. You’ve got the planetary ruler of whatever sign, and it’s in another house, acting like an influence there. It will not only bring its own energy from just being the planet that it is, but it will bring bits of that house it rules along for the ride, too. 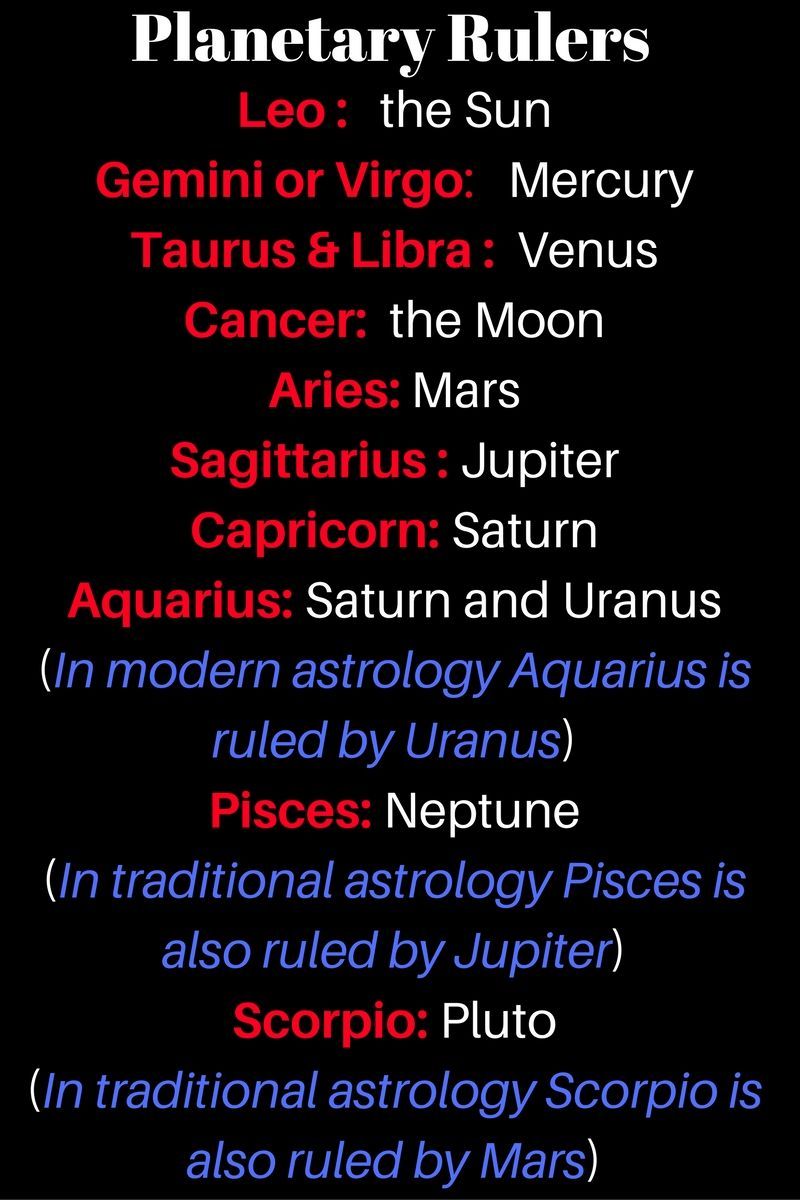 Getting into this is also how you figure out the way a person’s lifetime experiences, or their experiences from past lives, play out, if that’s your thing. If you consider a person’s chart a bit like you’re sketching a portrait of them: house rulers are sort of shading and highlighting. Further, though- you look at the aspects in between, the position of the planet in the chart, whatever sign it’s in and that is what’s known as the ruler’s condition- which will also add depth to the interpretation. Once you’ve got your house rulers, take note of which house the planet happens to be in first- that’s what we’ll go into here, in the basic sense. If you want to know the basic breakdown of what each of the houses covers, you can find that out by visiting March’s post about The Houses. 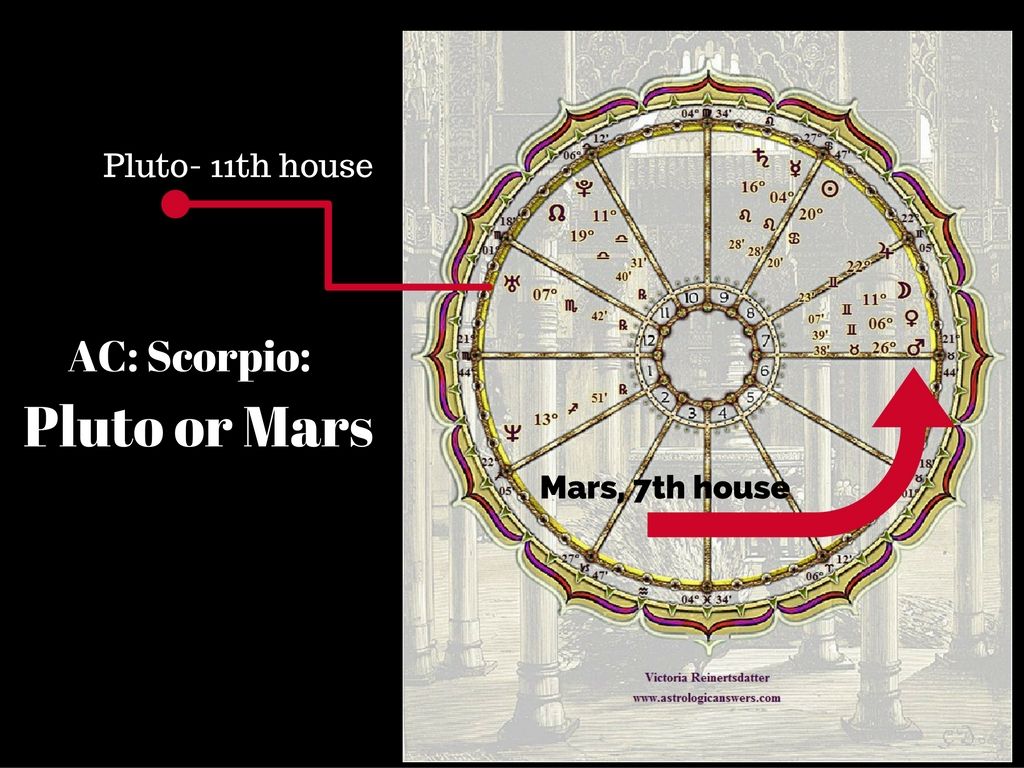 Let’s look at Dustin’s Chart- now, remember, again- you’re going to find that planetary ruler by looking at the cusp and then, noting what sign it’s in. If you look at Dustin’s ascendant here, you will see that his AC is Scorpio, and if you look at the graphic from last month up there, you’ll see it’s either Pluto or Mars, depending on whether or not you’re going with traditional or modern astrology.

So, we then see that his ascendant’s ruler is in the 11th house or the 7th. Now, you can look at your own wheel- and do the same. 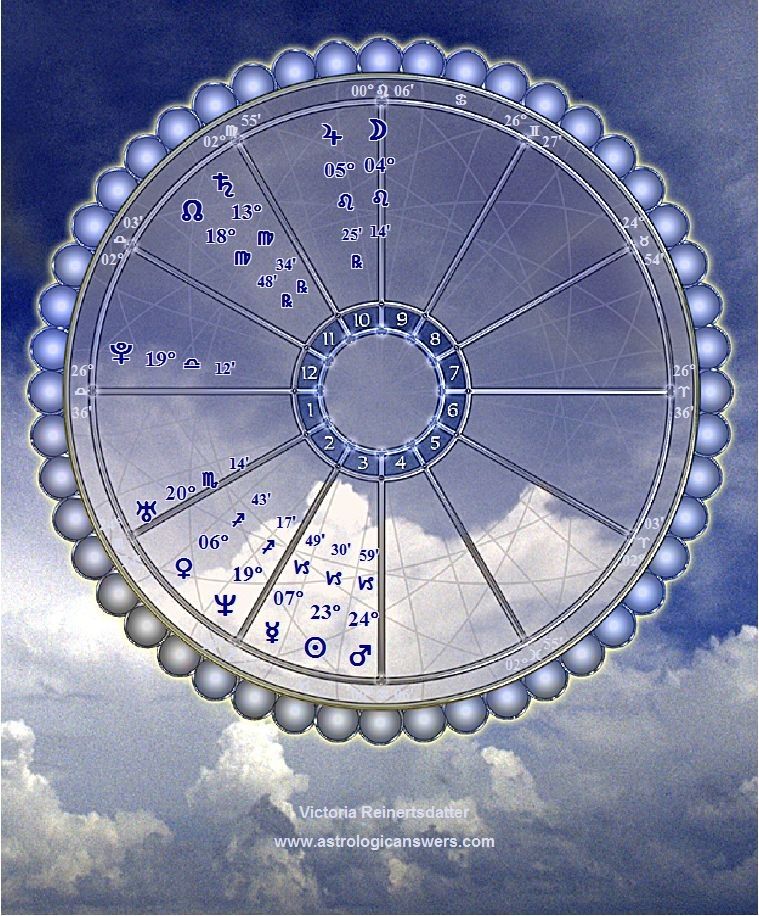 Here’s mine, for another look- now, put your answers in the comments over on Facebook or you can email me with any questions you have at readings@astrologicanswers.com.

●  Where is your Ascendant or Rising Sign?
●  What is its planetary ruler?
●  What house is that planet in?

Looking at mine there, my rising sign or ascendant is Libra. The planet would then be Venus, which is in the 2nd house. I hope that by showing you mine, un-illustrated, it gives you an opportunity to figure it out without my showing it. So, here’s a little peek at what those planets in the houses mean on a basic level.

1st House Ruler through the Houses

The way others perceive people with this placement is incredibly important, and they tend to be a bit more self-conscious. This can also indicate someone who is fairly self-aware but can also mean some vanity and selfish tendencies on the more negative end.

People with this placement tend to want security more so than other people do and can be very tenacious. This can mean a little bit of materialism and possibly, someone motivated by comfort and routine.

This placement would denote someone who is a bit on the curious side, active, and somewhat lighthearted. Adaptable, people with this placement usually love figuring things out but aren’t keen on superficial conversation.

These people are very motivated by having stable foundations. Roots and security are very important, and they tend to have close relationships with their parents. Usually, they will really seem like one of them. For example: He is just like his father!

Very into creative things, loves to have a good time and needs to have attention. Someone who would be very proud of themselves- and needs to be, and is very romantic.

Having a meaningful work life is key for these people, and often, they become the type that for them: their work is everything. Responsible and reliable, others feel they can rely on people with this placement.

Friendships are very important with this placement, and people with it do usually sort of take on their identities with the way their friends see them. Also, they may find themselves in the way that they relate to others. They prefer to be able to work as a team.

People with this placement are very perceptive. They don’t like anything that isn’t deep- and get a bit annoyed at small talk. They’re often seen as somewhat snobby, though that’s not true. They just do not want to put on a false front and tend to pull back and pay attention.

Very outgoing, these people are almost always the ones starting things. They’re intelligent and want to think about everything, usually, very idealistic. They’re also prone to wanderlust and aren’t particularly held back with their opinions.

These are people who want to be seen- and they want people to know exactly what they’ve done. They tend to want the praise for what they do- but, the upshot is, they also tend to take the initiative and organize things. They might be someone who appears one way- but, underneath you find a whole different personality.

These are people who want to connect with others to the point that they usually chill with people who are like them. They care very deeply about other people, and they’re typically involved in some form of activism or another.

People with the first house ruler in the 12th house usually grew up as “that shy, quiet kid.” As they grew, however, they recognize that it’s their sensitivity at play, and they learn to deal with it. They have incredibly intuitive minds and are generally involved in some sort of mysterious thing- it’s fascinating to them, the way the world works on a spiritual level.