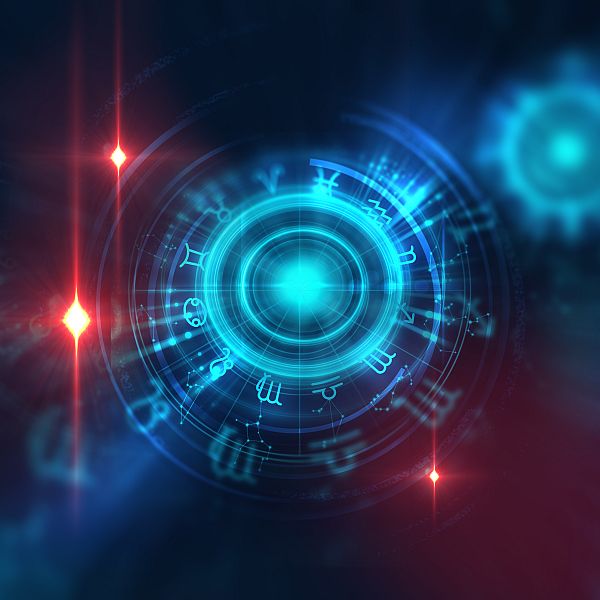 Astrology is the study of the cycles of the planets. By observing the cyclical movements of the  planets, we are able to gain a greater understanding of the cycles and patterns in our own lives. Astrology can be a powerful tool to unlock a greater spiritual connection to the universe. Although astrology is not fortune-telling when skillfully applied, astrology can be an  extremely effective predictive tool . Astrology can be used to achieve a deeper understanding of our individual  life paths and life experiences. Exploring the  birth chart or  horoscope can give us insight into our personal issues, our patterns, our fears, and our dreams.

Astrology does not claim that the  planets have any direct impact on individuals in any way whatsoever. Where the planet  Mars is today in the sky has absolutely no effect on our existence. Astrology works because the same force that moves the  planets also moves us. We are all part of the universe, and we all follow the same cycles and patterns. Observing the regular cycles of the  planets , we can understand the nature of the cycles, and learn how we are also a part of those universal cycles.

The typical  chart or  horoscope is also referred to at times as a wheel - for obvious reasons - as well as a map. The chart is the primary and essential tool the astrologer uses in their work. The horoscope is indeed a map of the planet’s positions, and of the Earth’s position in relation to the planets, at the precise moment of the person’s birth. 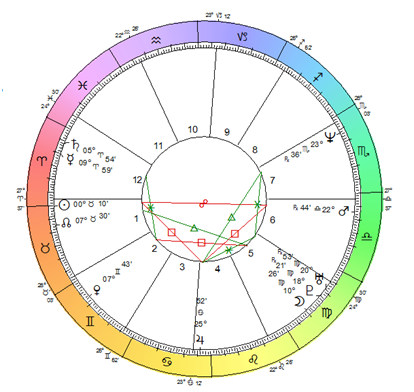 In the chart above, there are only three basic components. They are:

In the calculated chart above, the houses are the twelve pie-shaped segments. The signs are the twelve symbols around the outside of the wheel, and the  planets , also shown by their symbols, are inside and entered according to their positions in the zodiac.

A planet is always in a sign and always in a house. Each planet represents an energetic part of our being, or a component of life (i.e. emotions,  communication style,  love style) and its energy is modified by the sign it happens to be in (as well as by certain combinations it makes with other planets, which are called aspects), and the planet’s energy is focused in the area of life associated with the house in which it appears.

Natal astrology studies the positions of the  planets at the moment of our birth and indicates the style in which each planet's component is manifested in our lives.

The planets are the most important part of astrology. Everything else in astrology relates to the planets, describes how they act and interact, and even modifies their expression. The planets are so fundamentally important that it may be a surprise to many people, particularly because a popular misconception about astrology is that the signs are the most important things, everyone wants to know What is your sign?, not Where are your planets? The thing to remember is that when people are asking about your sign, they are really asking what sign your Sun (a planet) is in.

There are twelve signs, and each takes up 30 degrees of the area of sky around the Earth and solar system that is called the Zodiac. The signs are segments of the zodiac and exist to describe where the planets are located. The houses are areas of our earthly life; there are twelve houses too. In  natal astrology , it sometimes helps to think of the houses not as actual houses, but rather as “rooms” that are inside each of us. Each room has a special purpose and is reserved for certain types of experiences. When we have planets in a house, then we will tend to experience and express the energy of those planets whenever we go into that house. Houses without planets are just empty rooms: we can go there and be alone; when we are in an empty house, we’re still influenced by the energy of the house ruler, but not nearly as strongly as we are by a planet in the house itself.

Astrologers want to know what zodiac sign is rising at the moment of your birth since this gives a picture of the way you appear or come across to others. The Ascendant, which is also known as the “rising sign”, is the degree of the zodiac that was rising. Not only is the Ascendant the beginning of the system of houses, it is also the cusp (the zodiacal degree that marks the beginning of a house or a sign) of the first house, but in delineation it is one of the most important points in the entire chart.

Take into account that each and every sign will fall in one place or another in your personality and psychology, though some signs will likely be more influential than others.